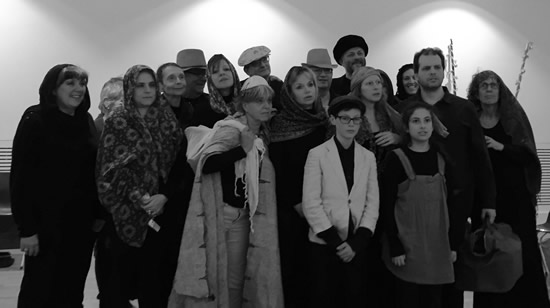 For Jewish communities, family stories are all about movement – fleeing persecution, seeking a better life, These are the experiences of many of whose descendants eventually moved to Cambridge. Members of Beth Shalom Reform Synagogue in the city have been collecting these stories and putting them into a short play performed by the descendants of those wandering Jews.

Mike Levy who wrote the play said: “Everyone has a story but not everyone has a chance to turn their own family’s tale into a scene in a play. Fewer still have the joy of seeing other people act out the doings, comings and goings of their own relatives. Thanks to a generous grant from the Heritage Lottery Fund, we were able to collect true stories from the Jewish community in Cambridge and turn them into short scenes to be performed on stage.

“We are calling our play ‘Wandering Jews’ which seemed appropriate as the stories we gathered were about movement: sometimes voluntary where fathers, mothers, grandparents and cousins sought a better, or at least, a different life; sometimes enforced when Jews were ordered to leave their homes in times of persecution or war (or usually both).

“Wandering Jews’ has been our project for over a year and tribute must be paid to our gallant and brave actors, many of whom had never before set foot on a theatrical stage. We hope that their own wandering will lead them soon to a life of plays and theatre”.

The next performance is planned for Sunday 4 December at 5pm and tickets can be booked here.