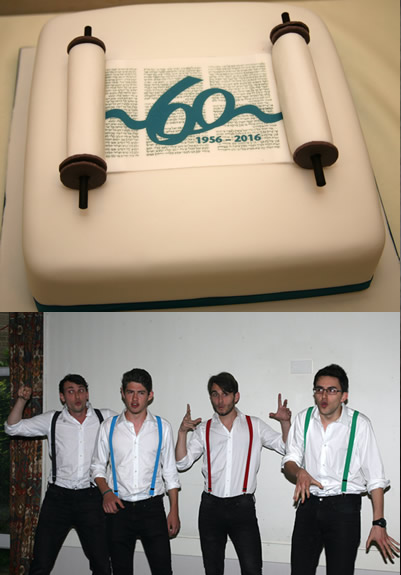 On Shabbat 2 July, South West Essex & Settlement Reform Synagogue (SWESRS) celebrated the 60th anniversary of its first Shabbat service and the 25th anniversary of the opening of the prayer hall in Oaks Lane.

The service was led by Rabbi Lisa Barrett, and attended by MPs Wes Streeting and Mike Gapes, with local Redbridge Councillors John Howard and Debbie Thiara.

A 60th anniversary concert was also held and pictured are the acapella group, The Ashertones.