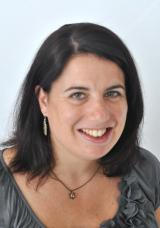 Rabbi Celia Surget has been part of the Clergy team at Radlett Reform Synagogue since 2011.

Rabbi Celia grew up in Geneva, Switzerland, at the Beit GIL congregation in a family deeply committed to the values of Reform Judaism.  She studied History of Religions, Hebrew and Philosophy at the University of Geneva, and began her Rabbinic studies at Hebrew Union College, before transferring to Leo Baeck College from where she received semicha in 2007. She then spent four years working for the MJLF Mouvement Juif Liberal de France in Paris, where she worked both as a congregational Rabbi and as Director of Education.

Rabbi Celia is a Governor at Clore Shalom School and is the chair of Arzenu UK. 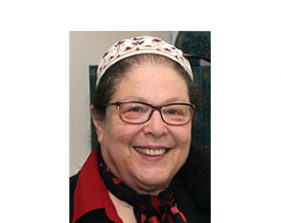 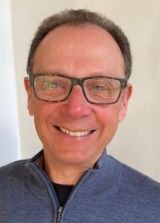 Our Leadership
If you have any questions or queries, please don't hesitate to contact us. You can find full details for each of our departments on our contact page...
Get In Touch
Copyright © 2019 The Movement for Reform Judaism - All Rights Reserved
Company Registration Number: 07431950, Charity Number: 1139806
Affiliated with the World Union for Progressive Judaism &
the European Union for Progressive Judaism
Web Design by Friendly Gorilla
This website uses cookies to improve your experience. We'll assume you're ok with this, but you can opt-out if you wish.Accept Read More
Privacy & Cookies Policy

This website uses cookies to improve your experience while you navigate through the website. Out of these, the cookies that are categorized as necessary are stored on your browser as they are essential for the working of basic functionalities of the website. We also use third-party cookies that help us analyze and understand how you use this website. These cookies will be stored in your browser only with your consent. You also have the option to opt-out of these cookies. But opting out of some of these cookies may affect your browsing experience.
Necessary Always Enabled

Any cookies that may not be particularly necessary for the website to function and is used specifically to collect user personal data via analytics, ads, other embedded contents are termed as non-necessary cookies. It is mandatory to procure user consent prior to running these cookies on your website.