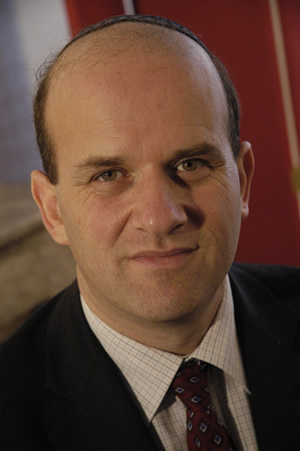 Rabbi Mark Goldsmith has been appointed as Senior Rabbi of Edgware and Hendon Reform Synagogue (EHRS) with effect from summer 2019. He will join EHRS following 12 years of service at Alyth.

The community’s current Senior Rabbis, Rabbi Daniel Smith and Rabbi Steven Katz, will both be retiring in 2019. Rabbi Neil Kraft and Rabbi Emily Reitsma-Jurman will both continue to be members of EHRS’ rabbinic team.

Rabbi Goldsmith said that he is “delighted to have been appointed to lead Edgware and Hendon Reform Synagogue as its Senior Rabbi. It will be a privilege to get to know the members of the community and to hear what makes them proud of EHRS.

“I look forward to working with EHRS’s lay leaders, rabbis and staff team to take the first steps with the community into its next chapter. In Pirke Avot, Ben Zoma asked, “Who is wise?” He answered, “One who learns from everyone.” Let’s learn and build EHRS’s future together”.

Russell Baum, Chair of Alyth, said: “Over the last 12 years Rabbi Goldsmith has been an integral part of Alyth Synagogue, helping to grow our community and guiding us through change. We wish him and his family well in the next exciting stage of his professional career”.

The EHRS Joint Chairmen, Stephen Garfinkel and Phillip Bright said: “We are excited to have Rabbi Mark Goldsmith join our vibrant community, and we look forward to working with him in developing the future of EHRS”.