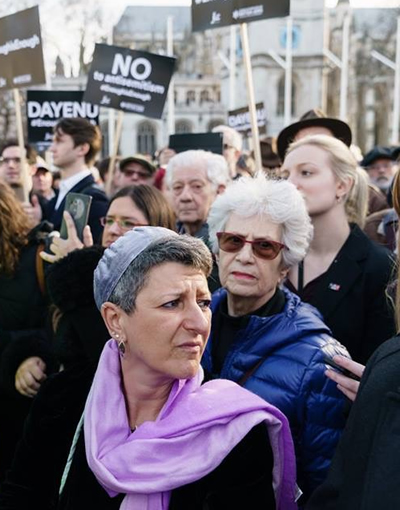 “I joined with many Reform Members who attended the demonstration against anti-Semitism on Monday. We shouldn’t have had to be there, but it was also a proud moment for British Jews. Coming together just before Pesach, on Parliament square, to say ‘Dayanu’, enough is enough. Most moving this Monday were the scores of allies who came out to display their willingness to stand by our side. We were galvanised by the MPs who stood on the soap box, and delivered a clear message to the Leader of the Opposition and to a party that prides itself on a history of tackling all forms of discrimination and hate – anti-Semitism can no longer be tolerated. Enough is enough”.