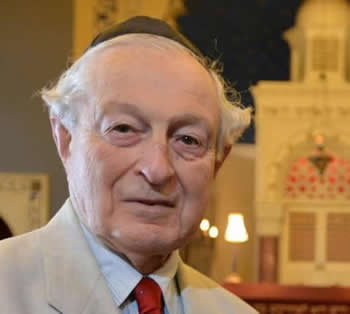 Mazal tov to Rudi Leavor, Chair of Bradford Synagogue who has been presented with the British Empire Medal for services to the Jewish community and interfaith relations in Bradford.

He received the award from the Lord Lieutenant of West Yorkshire at a special interfaith Chanukah service.

Rudi was also recognised with an award for outstanding achievement noting his “selfless and voluntary service for the last 58 years” at Bradford’s annual Community Stars Awards earlier this month.

A very, very proud evening for us all tonight as our beloved Life President , Rudi Leavor, was honoured with the British Empire Medal at our #Chanukah service. Shkoyach!