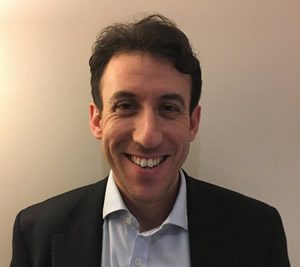 Reform Judaism is delighted to announce the appointment of Josh Martin as Informal Education Director. He will be heading the Youth Department, taking responsibility for RSY-Netzer and Jeneration, Reform Judaism’s student and young adult initiative, as well as helping Reform communities to develop their informal education work for young people.

Josh joins Reform Judaism from JCoSS, the UK’s first Jewish cross-denominational secondary school where he has taught physics since 2012. He has a long history of involvement with Reform Judaism having been a movement worker from 2009-2011 and a summer camp welfare officer in 2015 and 2016. Josh is a member of Kol Chai Hatch End Jewish Community and also teaches bar and bat mitzvah students at Sha’arei Tsedek: North London Reform Synagogue.

Josh says: “I’m very excited by the opportunity to work for Reform Judaism again. RSY-Netzer and Reform Judaism have always been important communities to me, and I hope that I am able to help take them from strength to strength”.

Rabbi Laura Janner-Klausner, Senior Rabbi to Reform Judaism says: “We are thrilled that Josh will be working with us, leading our youth and students. It is such a pleasure that one of our graduates who was also a movement worker is returning with all his extra expertise in education, management and mentoring”.