The North West Surrey Synagogue (NWSS) Foundation Lecture in January 2017 will be given by Rabbi Professor Jonathan Magonet and focus on Leo Baeck: the man and the College. Ahead of the lecture, NWSS’ Press Officer Jean Cohen interviewed Rabbi Magonet looking at his writings and topical Jewish issues. 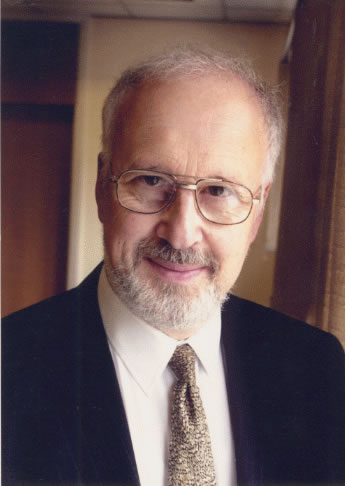 Q: Your name appears as a contributor to the current Reform siddur no less than ten times. But don’t worry; I’m not going to ask about all of them. You contributed to an essay on reciting Kaddish, and you say it is ‘associated with personal memories of those who have died’, but also’ the need to memorialize them alongside those we never knew.’ There’s a groundswell in the American Reform Movement to go back to a more traditional approach i.e. that only mourners as defined by halacha should stand and recite Kaddish. The feeling is that participating when we are not technically mourners makes us less able to emotionally understand the Kaddish experience when we are “real” mourners. I confess that the practice of the whole community reciting Kaddish on Shabbat makes me extremely uncomfortable. Comments?

A: We are still a generation that is close to the Shoah, emotionally and geographically, and I suspect that it is personal histories, the awareness of all that is lost, and the fact that there are people with no one to mourn them or mark their passing, that encourages the practice of the community recital of the Kaddish on Shabbat. One incidental benefit is that it does familiarise people with the text and that can be very important when they need to say it publicly after a personal loss. I suspect that today people differ greatly in the degree to which they want their private loss to be expressed in public, especially in what may be a congregation of largely unknown people. Certainly, in the daily minyan, which is always a smaller and more intimate gathering, the individual kaddish offers the mourner appropriate personal space.

Q: The essay ‘Liturgy and Prayer’ in the siddur is also attributed to you. A lovely piece and I ‘got’ the analogies and metaphors to the last sentences: ‘Liturgy is the companion. Prayer is the destination.’ I find it difficult to equate ‘prayer’ as a ‘destination’. Are you referring to the end of our journey? Can you elaborate on what you meant?

A: The version in the siddur arose out of many years of teaching about Jewish liturgy and the question about the relation between the formal recital of texts and the personal experience of prayer. I think I meant that the act of prayer itself was what we were seeking and although the liturgy offered a context, and a language, and also served many other purposes for the life of the community, prayer itself was ultimately a personal matter. The ‘destination’ in this sense, is only a way station on our own individual journey.

Q: The Union for Reform Judaism and the Central Council of American Rabbis Press published a new machzor last year, ‘Machzor Mishkan HaNefesh’ (“Tabernacle of the Spirit), citing the previous machzor’s inaccessibility due to the lack of transliteration and the inclusion of theological and ideological concepts that seemed out of step with more contemporary sensibilities. The Movement for Reform Judaism published a new High Holiday machzor this year and you were one of the editors. Were MRJ’s concerns along the same lines, and how has the new book been received?

A: I don’t think we were particularly aware of the theological concerns of the American Reform movement. Our existing machzor, which I co-edited with Rabbi Lionel Blue, is over thirty years old and certain changes, notably in the use of inclusive language and the addition of transliteration, so as to encourage greater participation, in the new siddur, meant that we needed to address these issues. Moreover, having introduced notes into the siddur and offered a greater flexibility to allow for the very different kinds of services now available in our congregations, we wanted to offer these as well in the new machzor. Once such work begins other questions arise about the traditional service and the earlier changes and omissions introduced in our own Reform movement. That is why we have produced two draft editions, for the Erev Rosh Hashanah and Rosh Hashanah morning services which have been trialed in about twenty congregations. On the whole people have been happy with the format, modelled on the siddur, especially the notes, and the variety of materials that are now available. The editorial board is now working on the Yom Kippur services. One concern has been with the possible weight of the final volume, and our aim is to produce separate Rosh Hashanah and Yom Kippur books to address that concern.

Q: In ‘Thoughts on the Nature of Language’ by Rabbi Dr. Shmuly Yanklowitz (one of ‘The Fifty Most Influential American Rabbis), he writes that that G-d referred to in masculine in the Torah is a political choice; that words inevitably have values based upon their historical usage. He also explained that the Torah was not revealed in a perfect Divine language but in an imperfect human language, so that it could properly be understood. There is a growing trend to….can I say ‘sanitise’ the torah and translate in politically correct terminology, particularly regarding ‘masculine’ and ‘feminine. Does this dilute the meaning at all of what we’re reading? I was bothered by the Four Sons morphing into the Four Children, for example.

A: It is a pity that ‘politically correct’ has become such a ‘dirty’ phrase, since it tends to squash discussion about legitimate concerns about certain issues. On the whole I agree with Rabbi Yanklowitz’s remarks, but also recognize that one can go too far in translations. The problem, especially with the Hebrew Bible, is that we are translating from a very different political and cultural context, especially with regards the respective roles of men and women. Nevertheless, it is a bit schizophrenic if our entire socialization is egalitarian but our religious life is patriarchal. How we strike a balance that is fair to the tradition but also to changing values in our own society is a delicate exercise, but is nevertheless the religious responsibility that we have to address.

Q: An easier question now, I think. You have no less than five book titles available on Amazon! Scholarly works, of course, including A Rabbi’s Bible, A Rabbi Reads the Torah, A Rabbi Reads the Bible , and A Rabbi Reads the Psalms. Were these written for a Jewish audience? Would these be helpful…informational…for a non-Jew wanting to learn about Judaism?

A: All the above were actually published by a Christian publishing house (Student Christian Movement, SCM Press) at a time when the editor-in-chief wanted to promote a Jewish list that would speak to both Jews and Christians – which is why they are all related to the Bible which Jews and Christians share. Actually, my book The Explorer’s Guide To Judaism (Hodder and Stoughton, 1998) is much more aimed at introducing Judaism to a wide range of readers.

Q: Your biography said that you are active in Jewish-Muslim dialogue and are a trustee of the Maimonides Foundation. Do you feel as though that ‘dialogue’ is actually happening and changing perspectives on both sides positively?

A: I have retired from the Maimonides Foundation, but my main work in Jewish-Muslim dialogue was in co-organising on behalf of Leo Baeck College an annual International Jewish-Christian-Muslim student conference (JCM) that has taken place in Germany for over forty years and continues today. My work in this area can be found in my book Talking To the Other: Jewish Interfaith Dialogue with Christians and Muslims (I.B.Taurus, London 2003). When the JCM began the idea of such an encounter was hardly even considered, but the intervening years have seen an extraordinary rise in programmes, conferences, publications, religious and political initiatives aimed at promoting just such a dialogue. So, it is happening, and, from my own experience, anyone who becomes personally engaged with it does change their perspective. The problem is educating a larger public on all sides about the rights and wrongs of past attitudes, correcting lingering prejudices, but above all in offering an alternative to the political misuse of all three faiths by people with their own power agendas.

Q: And finally, a question about Leo Baeck. In doing my research, I came across references to Hannah Arendt’s book ‘Eichmann in Jerusalem’. Leo Baeck, as the president of the Reichsvertretung, the organization that coordinated and represented the activities of Jewish political and religious groups, was criticized in her book for withholding the truth of the end awaiting the Jews in concentration camps as being ‘more humane’. He is quoted, in the book, as saying Jewish policemen would be ‘more gentle and helpful’ and would ‘make the ordeal easier’. The book created a firestorm of criticism for the author and is still controversial today. Did Leo Baeck ever address Hannah Arendt’s or similar accusations? Did he speak or write about his time in Theresienstadt?

A: Eichman in Jerusalem was published seven years after Dr. Baeck’s death so clearly he was unable to respond. In the latest German edition of Baeck’s This People , Albert Friedlander addressed the question as to whether Baeck should have informed the people in Theresienstadt that all the transports East would lead to death. He writes that later Baeck had written: ‘To destroy all hope would lead to the despair and death in Theresienstadt’. If that might be regarded as a mistake on Baeck’s part it must be measured against the impossible situation in which he found himself and his extraordinary work in the camp as teacher and Pastor, to Jews and non-Jews alike, and the universal evidence that his support and example of resistance gave people strength to endure.