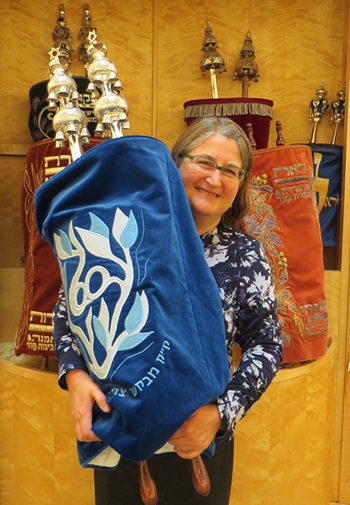 Twelve rabbis from across the Jewish religious spectrum attended the service at South West Essex & Settlement Reform Synagogue (SWESRS) which celebrated the induction of Rabbi Lisa Barrett as Rabbi to SWESRS.

The service was led by Rabbi Laura Janner Klausner, Senior Rabbi to Reform Judaism with input from Rabbis Jackie Tabick, Amanda Golby, Michael Hilton and Henry Goldstein. The local MP for Ilford South, Mike Gapes and the Mayor of Redbridge, Councillor Gurdial Bhamra attended, together with numerous local councillors and 200 members of SWESRS, together with Rabbi Lisa’s family and friends.

The SWESRS choir with Joseph Finlay and Rachel Weston provided the music.

This was a fitting end to the 60th anniversary of SWESRS, at which a new Torah scroll was purchased by the community to mark the celebrations.