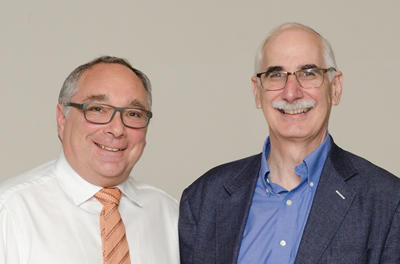 Geoffrey Marx was born into, and brought up in, West London Synagogue (WLS). He is a member of the WLS Senate and an Honorary Life Vice-President. He has been a Reform Judaism Board member for the last three years with responsibility for communities and has served as Vice-Chair for the last ten months. He served on the WLS Council for many years and has held numerous positions on the Executive Board including Chair of the Education Committee, Vice-Chair for Education, Vice-Chair without Portfolio and Vice-Chair for Development.

Professionally Geoffrey is the Financial Director of Angels Costumes, the BAFTA award-winning costume provider and a co-owner of Barnett Lawson Trimmings, a wholesale trimmings company.

He lives in central London with his wife Caroline and two daughters.

In his acceptance speech, Geoffrey said “I see the light of each of our congregations coming together creating a beacon for Reform values shining onto us and the communities that surround us. This beacon is all the more important with the uncertainty that surrounds us following the vote last week. It shows that many people feel disenfranchised and unheard. Only in communities can people collectively make a difference, even out the unevenness and support those that need supporting”.

He added that he is looking forward to working with the Movement’s congregations “supporting Reform Judaism and underpinning the enormous work of each of our communities”.

Geoffrey also paid tribute to outgoing Chair Robert Weiner congratulating him for his contribution to Reform Judaism and its congregations and noting his commitment to visiting and engaging with communities.

Robert Weiner thanked Reform Judaism community members, staff and lay leaders for their work in “strengthening Reform Judaism and building a better world” saying: “I wish for everyone and every community – chazak, chazak, v’nitchazek.  Be strong, be strong, and may we be strengthened”.

Pictured above are Robert Weiner (left) and Geoffrey Marx (right).