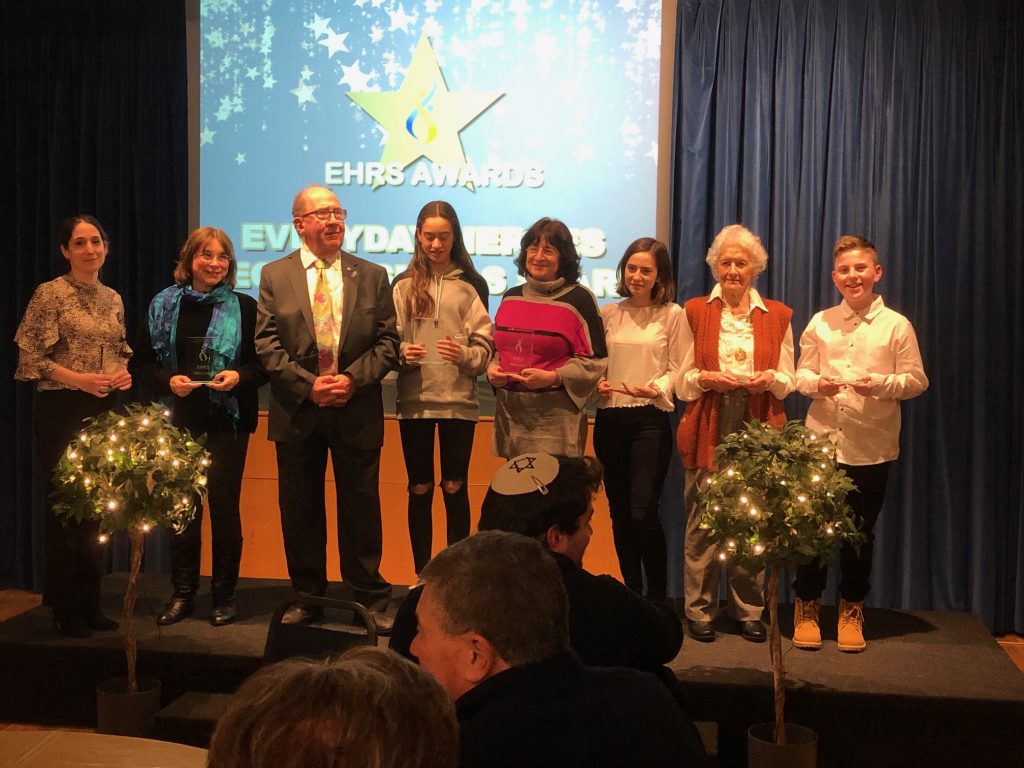 Edgware & Hendon Reform Synagogue paid tribute to members of their community who have made an extraordinary contribution to mainstream society at the 2020 EHRS Awards: Everyday Heroes Recognised as Stars.

Amongst the winners was Chani Smith who, thanks to her incredible research into ‘cording’ – a condition that Breast Cancer patients are prone to post treatment, has now helped to change the way that thousands get treated following diagnosis. Also remembered was the life and work of Travers Reid, who passed away in 2019. He helped in the founding of the Michael Palin Centre for Stammering and has subsequently helped numerous individuals who would have otherwise struggled to communicate. The ceremony was hosted by broadcaster Phil Dave. Mazel Tov to all the winners.

‘Young Selfless Individual of the Year’ – Harry Bilgora-Kelly
For raising money for a children’s centre.

Changing Numerous Lives for the Better’ – Peter Bradley
Heavily involved in the ‘Foodcycle’ project, which sees those who are starving eat more than just leftovers.

‘Turning Lives Around’ Travers Reid (Z”L) collected by his widow Sandra Reid
Was behind the founding of the Michael Palin Centre for Stammering, helping endless individuals to communicate once more.

‘Extraordinary Time Giving to Worthy Causes’ – Lisa Bard
Has given countless hours to various charities over the years with a particular focus on the homeless.

‘Enhancing Quality of Life’ – Chani Smith
Has helped with the research into a condition known as ‘Cording’ affecting many Breast Cancer patients and ultimately changed their treatment plan.

‘Inspirational Person of the Year’ – Emily Green
Managed to walk away from the orthodox community despite being forced into an arranged marriage and took her children with her.