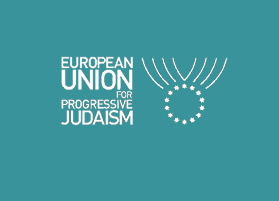 The European Union for Progressive Judaism (EUPJ) has opened a European Union Office (EUO). The office has been established in Brussels and is located at the building housing both Beth Hillel and the International Jewish Center, the EUPJ affiliate congregations in Brussels.

This action has been contemplated for a number of years. With the ever-expanding presence of Progressive congregations in the EU, it was decided that the time is now right to establish such an office.

It follows various meetings of EUPJ rabbinic and lay leadership with senior EU officials during the course of this year.

The objectives of the EUO are as follows:

• To ensure that where the EU seeks Jewish representation, calls for a Jewish opinion on various matters and provides the opportunity for Jewish expert contribution in religious, social, educational and cultural matters, there will be a Progressive Jewish presence
• To ensure that EU leadership and affiliated bodies are made aware of Progressive Judaism as a vital component of pluralistic Jewish life in Europe
• To participate in EU projects to the benefit of EUPJ affiliates and institutions by making use of our unique network of communities in 17 European countries
• To make the EU aware of specific situations affecting our communities in various countries
• To provide a conduit for our local communities to make their voices heard in the EU and for the EU to reach out to our communities

The EUO will be led by William Echikson, Director, and Rabbi Ira Goldberg, Rabbinic Director. They will work in close collaboration with each other and be accountable to the EUPJ leadership through a nominated officer, Leslie Bergman (Honorary Life President). The Rabbinic Director will work closely with the EUPJ Rabbinic Adviser, who chairs the European Rabbinic Association as well as Rabbi Dr Jackie Tabick, the Convenor of the European Bet Din, on all matters where the EUPJ will express its opinion on European wide religious issues.

Leslie Bergman, who has led the initiative on behalf of EUPJ, said “We are a pan-European organisation representing liberal Jewish practice and values in Europe. It is important that we are known in the European Union and have the opportunity to make an impact on important issues affecting the role of religion in society.

“We have explored this possibility for some time and feel that we are now well-placed with the right resources to take this important step forward.”