Three Menorah members, Cathy Knowles, Jane Pal and Yvonne Singer, impelled by the urgency of emphasising to the community the ongoing climate change disaster, and the shocking issues arising from micro plastics in the sea, organised a day of talks at the synagogue. Zoe Cohen and Caroline Glassberg-Powell gave compelling presentations on Climate Change accompanied by a lot of scientific data. The rise in sea temperature caused by our relentless use of fossil fuels was very lucidly illustrated. Both speakers are involved with Extinction Rebellion, and Zoe explained the need for activists to bring the subject to the forefront of the minds of the public.

Dr. Deborah Maw has huge experience in collecting evidence of the effects of micro plastics in the ocean, and she outlined the tragedy of the damage to sea-life that is so evident around our coast as well as all over the world. She suggested firmly that the plastic absorbed and retained by fish means that we should be very cautious about eating it, and she brilliantly presented the chemistry of the problem with great clarity. Interestingly, the danger of eating shellfish was the shown to be the most serious. The audience probably felt rather smug knowing that shellfish eating has always been prohibited.

Among audience suggestions about future activities was the idea of becoming involved in the Eco Synagogue Movement, as well as help in supporting individuals to think about moderating their own energy use.

The event was very well attended and extremely enthusiastically received. 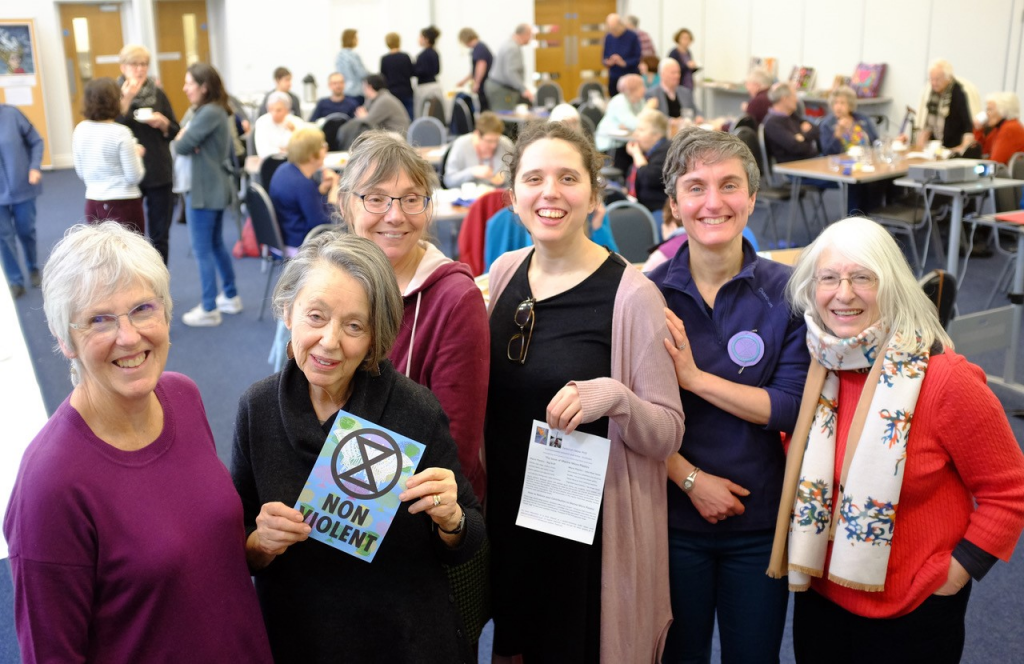