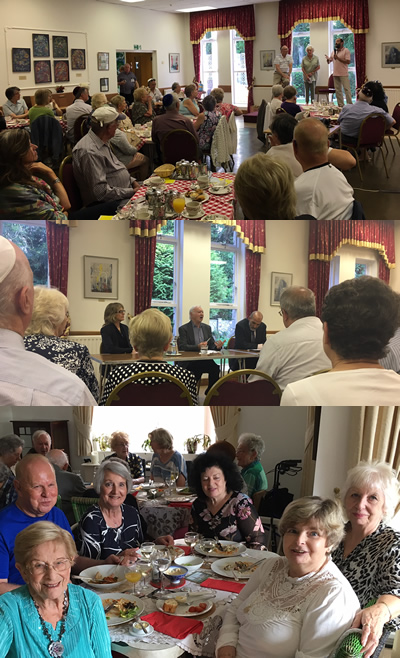 Bournemouth Reform Synagogue (BRS) has held a week of festivities to mark its seventieth anniversary. Dubbed “Seven Days for Seven Decades”, BRS acknowledged this historic occasion with a variety of events which sought to celebrate the shul’s past and reflect on how it can continue to serve future generations.

Notable highlights included a musical recital for the residents of the Hannah Levy House nursing home; an evening with members of the local Islamic centre; an afternoon tea that included presentations on the illustrious history of Bournemouth’s Jewish community; and a well-attended Civic Service of Thanksgiving led by Rabbi Maurice Michaels that saw notable public figures such as the Mayor of Bournemouth and Rabbi Laura Janner-Klausner, Senior Rabbi to Reform Judaism, descend on BRS to acknowledge its seventy-year milestone.

Rabbi Michaels explained that while an anniversary was an appropriate time to reflect on past achievements and wallow in nostalgia, it was even more important to look forward to ensure the future of Reform Judaism in the area.

It was a joyous week of music, food and lively discussion that culminated in a memorable Havdalah ceremony on the beach. Even BRS’s sister community in Ra’ananah joined in the spirit of the occasion, it too holding a beach Havdalah on Saturday evening. Honorary Chair of BRS, Deborah Tendler, commented that this was “a wonderful end to our Seven Days for Seven Decades festival week, celebrating seventy years of serving the Reform community”.