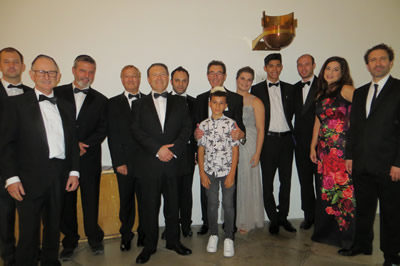 The music, a mixture of classical opera, bel canto and contemporary 20th century items, included many popular numbers during which the audience were encouraged to join in and even dance.

The talented musicians who accompanied Leslie, were members of the synagogue and their instruments ranged from brass to drums and bass, augmented by guests on strings, accordion and piano.

The well-known professional opera soprano, Teresa Karcher, who was accompanied by her husband Michael Karcher-Young on piano, thrilled the audience with a selection of opera music in Italian, French and Ladino.